Skip to content
This page is dedicated to honoring a fallen hero and his service to our nation.
THE PHOTOS ON THIS PAGE ARE PROVIDED AS A FREE SERVICE TO THE FAMILY OF THOSE WE HONOR.
UNAUTHORIZED USE OF THESE PHOTOS IN ANY FORM IS STRICTLY PROHIBITED.
All images and or video is copyrighted and may not be used for any purpose without prior written consent.

Last Salute was honored to appear at Atlantic City’s 9-11 Memorial Ceremony on September 11th 2016.  The elaborate ceremony included many Police officers and Fire fighters.  The National Anthem was sung by Miss America and Atlantic City’s Mayor was Master of Ceremony.

Sgt. at Arms Chuck Knutson and Lcpl Kyle Ragland folded and presented a flag to Mrs. JoAnne Saracini whose brother was a pilot on one of the planes that crashed into the World Trade Center, United Airlines 175.  He was a former Navy Pilot that then flew for United Airlines.

We took a large number of photos and have posted about 130 here.

no images were found 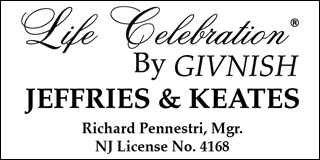 These Funeral Homes Do Not Pay To Be Featured Here. They Have proven To Be Dedicated To Providing The Best Veteran Funeral Ceremonies. SEE MORE