Last Salute’s prized Civil War cannons, the “Jaime Lee” and the “Mike D” are used to honor the fallen at each funeral ceremony. They are also fired at veterans’ events on Memorial Day and Veterans Day as well as other events or ceremonies honoring those who have served.

Both cannon are “Model 1835 12 pounder Mountain Howitzer”. Initially produced by Cryus Alger of Boston it is believed that Algar produced 326 of these artillery cannon with many used in the Civil War. They were also used in other wars and produced in smaller numbers by other foundries. The Mike D (barrel) sits on what is called a “Prairie Carriage” initially designed with the intent of rapid deployment and termed “flying artillery” due to its ability to be moved quickly around the battlefield. This strategy was used to give U.S. troops a significant advantage. In 1855 the Army ordered manufacturers to strengthen the axle and the trail (main beam) as well as lengthen the trail for more stability. This later carriage is what the Jaime Lee (barrel) sits upon.

Typically, a 6 man crew operated each Mountain Howitzer during battle. Good 6 man crews averaged firing 3 rounds per minute. For our purposes of firing a single shot without the necessity of reloading or aiming, a 2 man crew is adequate.

After the invention of gunpowder in China, it is widely accepted that cannons (artillery) soon followed.  Some time later, rifles and pistols were invented.  For hundreds of years cannons were used in countless battles and wars, often determining who would win and who would lose.

These artillery pieces were often referred to as “guns”.  For the purposes of our discussion and how it relates to modern honors ceremonies, the term “gun” is an essential element.  Specifically, the term “21 gun salute”.  Today people ubiquitously refer to a 3 volley rifle salute as a “21 gun salute”.  In fact, the 21 gun salute is reserved only for the President, former Presidents, certain heads of state and monarchs.  For all others, it is simply a gun salute.  Even if there are 7 rifles firing 3 volleys, it is still simply, a “rifle salute”.

The history of the 21 gun salute dates back hundreds of years.  Ships were alleged to have 7 cannon and as they entered a friendly harbor they would fire each cannon a single time to demonstrate their peaceful intent by emptying their guns.  The land based fort, which could hold in reserve much more powder and shot, would fire 3 volleys of 7 in response.

This historical tradition establishes artillery cannon as the origin of the 21 “gun” salute.  Artillery cannons of various size and provenance are still used today to honor and salute past presidents like George Bush, esteemed Senators like Bob Dole as well as Prince Phillip.  Cannons are fired 17 times (for the number of states in the Union in 1810 as directed by the War Department) or 21 times which is the “Presidential Salute” established in 1842.  The British have many different salutes varying in number.

Notably, Arlington National Cemetery also fires artillery cannon for certain funeral ceremonies.  The cannons at Arlington are fired for General officers with the number of volleys determined by their number of stars.

Across our great nation, many veterans organizations still provide rifle salutes.  If families are able to find a local VFW or American Legion to provide such an honor, they are greatly appreciated.  It is obvious that the conversion to using rifles to provide a “gun salute”,  was simply an evolution of practicality.  At Arlington it also clearly establishes a level of entitlement based on rank.  Level of service at Arlington plays an important role in which honors are bestowed.  Medal of Honor recipients I am sure, receive any and all honors available.

Last Salute honors almost all our fallen with a single cannon volley. Those who have received awards for heroism and sacrifice will be honored with 2 cannon volleys provided by 2 cannon.  Last Salute’s 2 cannon have been used at over 1000 ceremonies.  They have been fired at many cemeteries, on military installations and other locations to honor our fallen.

The cost of acquiring, maintaining and supplying the cannons is quite expensive but the impact these artillery pieces have on those attending an honors ceremony is immeasurable.  The family and friends of our fallen comrade will not forget that a cannon was fired in his honor.

Below are just a few of the many who have fired the “Jaime Lee” to honor our nation’s military and veterans: 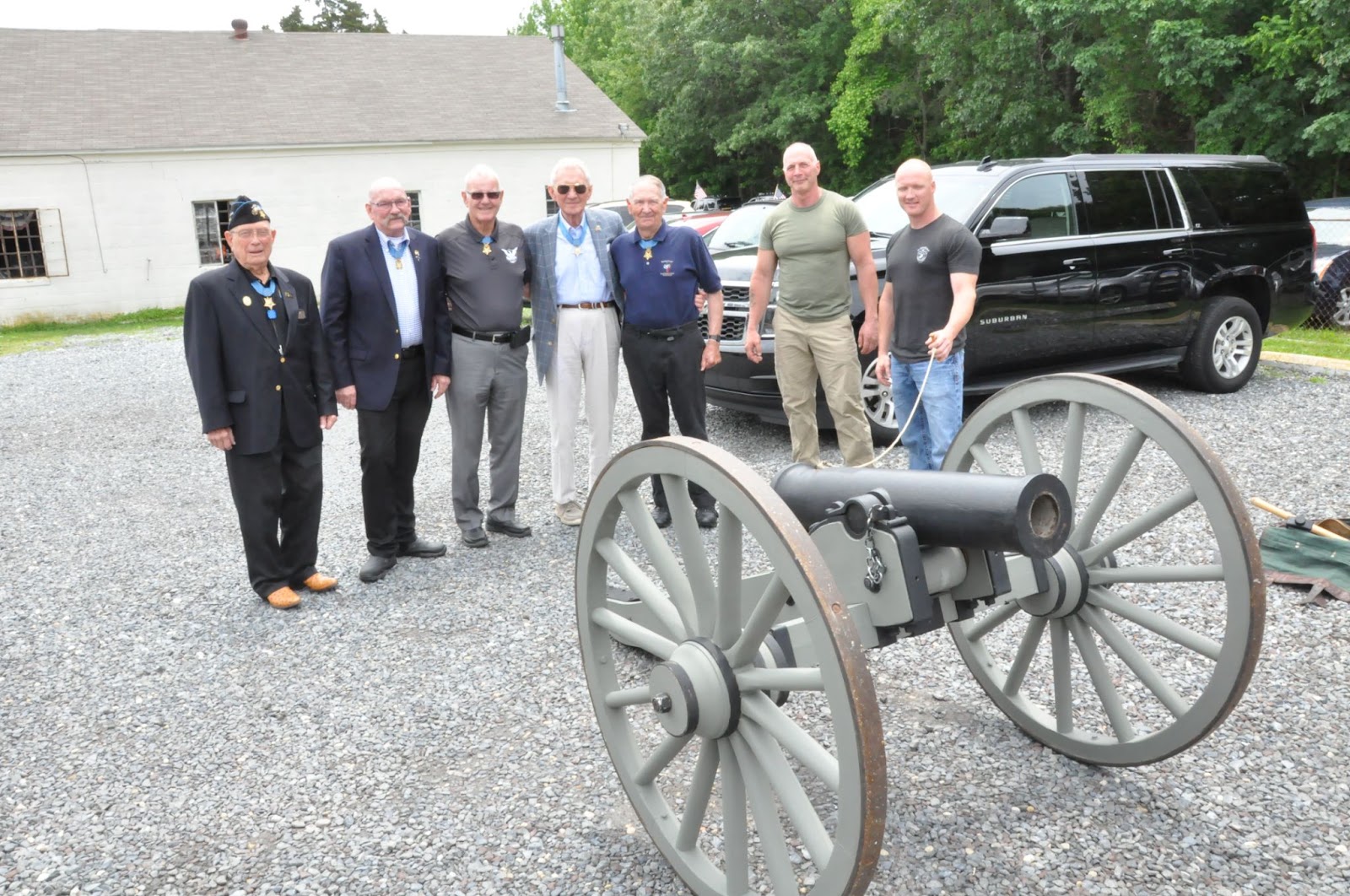 Congressman and Chair of the House Armed Services Committee and the House Committee on Intelligence, Frank Lobiondo 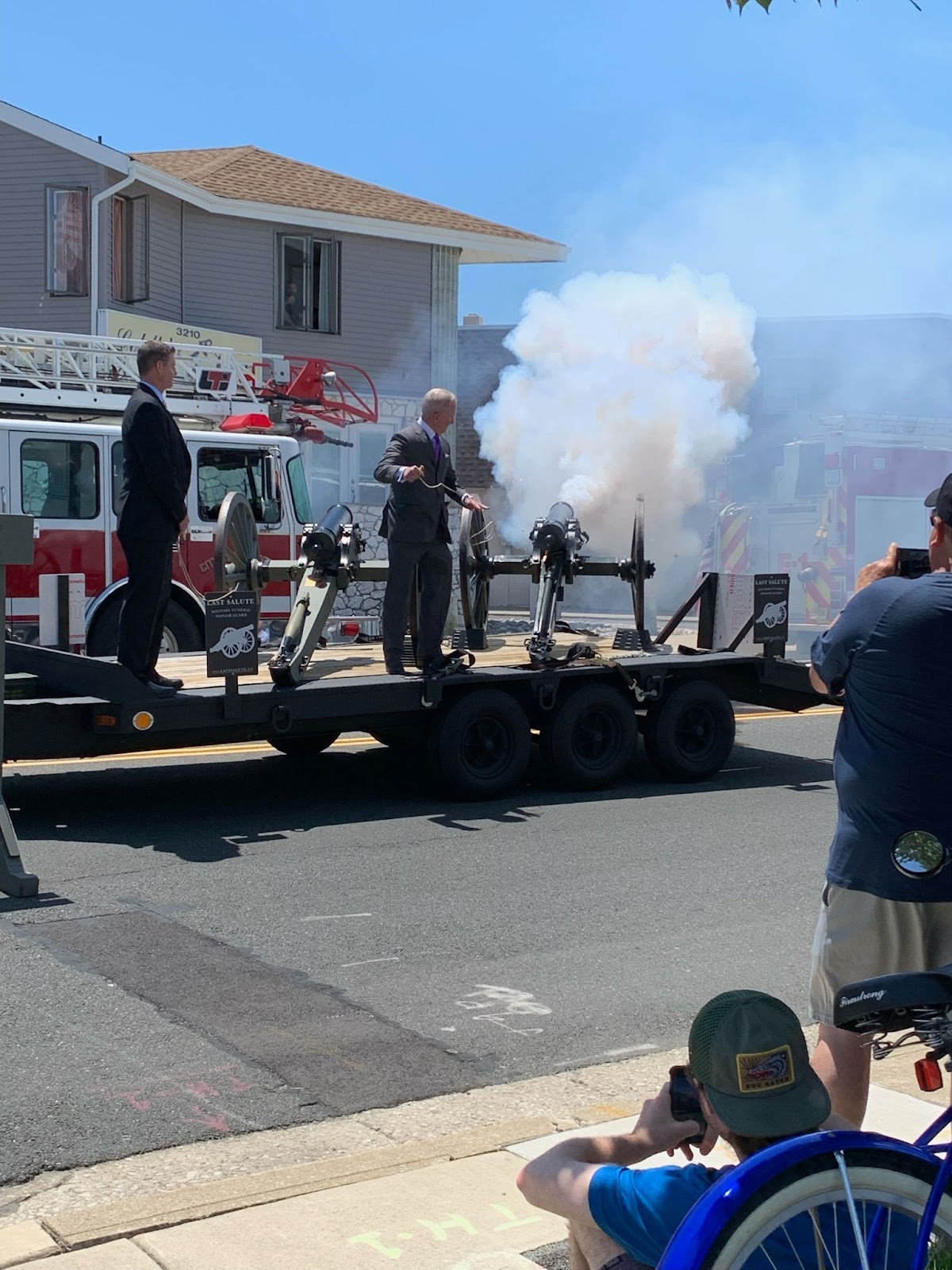 “Mrs. J”, Anna Jezycki who lost her niece on 9-11 at the World Trade Center

Last Salute is the only Military Funeral Honor Guard outside of Arlington with artillery cannons. 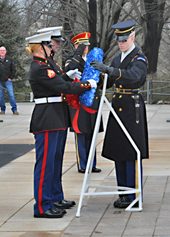 Please Click Here to go to our donation page.  Thank You.